What would the Fellowship have done after Lothlorien, had Gandalf still been in charge? What actually was Gandalf the Grey’s plan to get the Fellowship of the Ring into Mordor?

Tolkien never explains exactly what the Wizard planned. Gandalf may not even have had a plan beyond getting the ring close to Mordor. Follow your nose, may sum up Gandalf’s approach. It’s in the hands of the Valar!

There are a few known (canon) ways into Mordor…

So basically, all the canon ways suck!

Now in RotK, on hearing from Faramir that Frodo is going via Cirith Ungol, Gandalf speaks to Pippin:

‘Cirith Ungol!’ he muttered. ‘Why that way, I wonder?’

Thus Gandalf was either…

a) being rhetorical or thinking out loud about these other canon ways, knowing full well that they are nigh impenetrable or impossibly distant.

b) considering other logistically feasible ways into Mordor that are not mentioned in the text.

Naturally I’m running with option b).

And we’ll rule out riding on the eagles. That “Fly You Fools” theory, whilst fun, is a crock o shite. Yes, it is wicked imagining an aerial mission condensing three books into one, but ultimately it makes for a lame story (see Min/maxing the Fellowship of the Ring and Flying the Eagles to Mordor: A ‘How-To’ Guide).

So how was Gandalf planning on the getting the Ring into Mordor, you ask? Easy! Just look at the map. No no, not the classic Middle Earth map. Check out the oft forgotten contour map from the front of Return of the King [i]. Now we are talking!

If you look closely at the Morgul Pass and Cirith Ungol you will see it only has three or four contour lines for our hobbits to ascend. So if we assume that if there are more than four contours, then Gandalf will be shouting “You cannot pass!”

But if JRRT’s map has four or less contours for a potential entry pass, then we are in business! This leaves us with swathes of possible entries into the land of shadow [ii].

Look south and check out the pass at the source of the Poros River (see below). One fricken contour line – how easy is that!! It’s more like a gap than a pass.  There are also some high saddles just to the north of the Gap of Poros too. Over one goes, sneaking around the edges of Nurn, then north up through a low saddle in that easterly spur and thus onto the Plateau of Gorgoroth. The ease of the Poros Pass makes it tempting to send the Ring west from Rivendell by fast horse to the Grey Havens, and then onto a ship piloted by Cirdan. They sail south east down the coasts, skipping all that tedious fuss with Caradhras, Balrogs, and Isengard etc., and thence cruise up the Anduin. From Pelargir it is only a few days’ journey on foot to the pass. Too easy!

Suspiciously so in fact. Corsairs may be lurking in the Bay of Belfalas and armies of Haradrim will be swarming over the Crossings of Poros. A pass that obvious is bound to be guarded and, even if it can be crossed, it is a long walk across the Sauronic territories of Nurn and then Gorgoroth.

To the north in the Ash Mountains I can also see a few likely notches. Some are tolerable inclines, on the north slopes at least, but quite apart from whether they are guarded or not, these passes are dangerously close to Barad-Dûr. Thought must be given to the logistics (thirst) and danger (from Orcs & Easterlings) of walking many miles across Dagorlad. The pass that skims the eastern rim of Udûn is particularly gentle, unlike the goblins it is undoubtedly crawling with. With that in mind, the saddle directly north of Orodruin is sufficiently removed from both Udûn and Barad-Dûr and comparable in grade to Cirith Ungol to merit consideration. As a bonus, once across the range it is only a quick dash to Mount Doom, actually following in the final footsteps of the Ringbearer.

My favourite candidate is south of Minas Morgul and to the east of Emyn Arnen. The passage through the Ephel Duath is longer here but the slopes on both western and eastern faces are comparable to the Morgul Pass. Just three contours and a wiggle through the Mountains of Shadow and out you pop onto the southern end of the Morgai. The crest of the northernmost pass is even pointing at Mount Doom hinting at a cinematic “reveal” when our Hobbits get their first glimpse of their destination. Either exit from the ‘Upper Arnen Saddle’ is only a jolly hop, skip, and a jump to Mt Doom. It is a bit close to Minas Morgul for my liking, but logistically it is great as the travellers start off in the forested cover of North Ithilien and then only have a shortish trek across Gorgoroth to drop the ring off.

Thus we have a handful of additional ways into Mordor. Are they canon? Well John and Christopher Tolkien came up with that contour map [iii]. So YES, sort of, definitely maybe! Barring yet more scraps of notes by JRRT being unearthed we’ll never know for sure.

In the real world, mountaineers hike or climb over mountain ranges taller, wider, and more snow covered than those around Mordor. So Frodo and co, with a bit of planning, a lot of chutzpah, some rope, and maybe a few steel pegs, pick a lower saddle between two peaks and over they go. Now sure – this is a fantasy novel, the Ash Mountains and Mountains of Shadow may be topographically and thematically impassable. But earth-like processes still function in Middle Earth: I’m looking at you Mr Erosion gradually wearing down the plot armour! And sure, nowadays mountain ranges aren’t inhabited by vigilant orcs, wraiths riding wyverns, screaming alarm statues, and giant spiders. But in Middle Earth are these critters lurking atop every ridge, col, saddle and valley, let alone awake and alert 24/7?

Of course if Gandalf survives Moria and directs the Fellowship, it way may well mean that Boromir does not succumb to the Ring, the Fellowship fights off the orcs at Amon Hen, and thus Rohan falls [iv]. Sneaking through Mordor unobtrusively with more than

just two hobbits will be much harder- hopefully Gandalf has also been gifted an Elven cloak. And with the Wizard around, Gollum may stay away thus making the final job of dropping the ring into Mt Doom a potential death sentence. If the ring-bearer is doomed to fail in the Sammath Naur, then Gandalf or Sam may have to push Frodo in to complete the quest.

Alternate histories aside, close reading of LotR indicates that Gandalf probably had no definite plan for ingress into Mordor, but was relying on fate/ the hand of providence to provide a way [v]. However, even with no specific plan, Gandalf may still have been keeping several of these lesser passes in mind. The ‘No Plan’ Plan certainly doesn’t stop modern minded revisionists, strategists and inveterate over-thinkers from speculating either. Hence, the Gap of Poros, the East Udûn Rim, and especially the Upper Arnen Saddle all seem to be viable covert entries into Mordor.

As a closing note it is worth considering that JRRT himself wrote “I wisely started with a map, and made the story fit.” And again, “If you’re going to have a complicated story you must work to a map; otherwise you’ll never make a map of it afterwards.”

The contour map thus presents an intriguing hint as to other possible ways into the dark land.

[i] The contour map and large world map were actually drawn by Christopher Tolkien (CJRT)- see top right of the contour map. However, JRRT drew many earlier versions and kept a close over-watch on the geography as evidenced by the discovery on 2008 of a map heavily annotated by JRRT in Pauline Baynes’s copy of LotR .

[ii] Contours give only a vague idea of the terrain. The Morgai has an unclimbable cliff- like drop onto the plain of Gorgoroth. The closeness of contour lines only hints at this. Thus the paths I have surmised may well be much trickier than they appear. Also if the way is too easy then good ole Sauron will no doubt have some guards or monster lurking there.

[iii] “Because of the complicated plotline at the climax of the story, many close-up maps of the Rohan/ Gondor/ Mordor region were prepared (1940-53). They were much revised as the story evolved, as shown by surviving detail sketches (Treason, 315 et seq). The final map, which was drawn by C. Tolkien, was published in The Return of the King in 1955.”   J.R.R.Tolkien Encyclopaedia: Scholarship and Critical Assessment p.407

[iv] Who was going into Mordor? Once again there is no evidence but my 2 cents intuit Gandalf would send Boromir & Aragorn to Minas Tirith along with Pippin & Merry (after much protesting). Gandalf takes Frodo and Sam into Mordor. Gimli & Legolas choose where to go, probably picking Mordor as it is the harder road and they have to outdo each other.

Aragorn’s thoughts on the way:

‘We have not decided our course,’ said Aragorn. ‘Beyond Lothlorien I do not know what Gandalf intended to do. Indeed, I do not think that even he had any clear purpose.

‘I am not Gandalf, and though I have tried to bear his part, I do not know what design or hope he had for this hour, if indeed he had any. Most likely it seems that if he were here now the choice would still wait on you. Such is your fate.’

Elrond suggests that the lack of a plan is a virtue:

‘I think that this task is appointed for you, Frodo; and that if you do not find a way, no one will. This is the hour of the Shire-folk, when they arise from their quiet fields to shake the towers and counsels of the Great. Who of all the Wise could have foreseen it? Or, if they are wise, why should they expect to know it, until the hour has struck?’

Before the fellowship departs Elrond cautions:

‘Look not too far ahead!’

To paraphrase TGnat at scifi.stackexchange.com :

The Plan, proposed by the Wise is to not stick too strongly to any one course of action. A loose strategy allows the hand of providence to play a role in its success.

Evil, in The Lord of the Rings is often depicted as unyielding conformity, e.g. a Plan. Conversely, Good is aligned with natural processes that deal with change rather than trying to control it. Thus Gandalf’s plan allows events to play out naturally without the domination of his, or anyone else’s will. 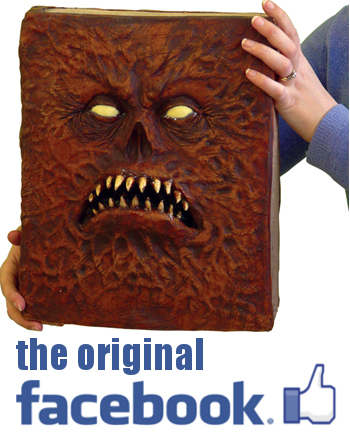